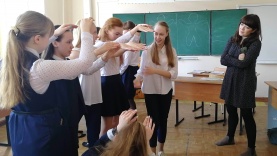 In April 2019 Perm hosted the delegation from Oxford, Perm’s twinned city, which included university lecturers and  middle school teachers. The visit is part of an international project in language and theater titled  “Culture of Russia and Britain as reflected in teaching foreign language and literature”.

Under the projects, both Russian and British teams are involved into reading, joint discussions and analysis of short stories full of modern cultural realia in Russia and England.  This is then followed by a performance based on the story produced by each school. The teachers and students on both sides are discussing interpretation, images and ideas in the story, and the final performance is prepared during the study year.

Last year participants from Perm – senior students from schools No 25,152, gymnasiums No  6, 31, 33 – looked at the works of Joan Aiken, the English novelist;  this year the performances are based on stories by David Almond and Victor Pelevin.

The  participants state that the project has been developing  successfully, creating new formats and making its contribution into creating “understanding” of a different culture, mentality and view of the world in the context of dashing changes in social and political life.

The Oxford delegation visit expanded the mutual understanding between the participants on both sides.  Teachers from Perm schools No 12, 50, 104, 115,152, lyceum  №10  conducted joint classes together with their partners from Oxford, assisted by senior students from Foreign Languages Faculty of Perm State Humanitarian-Pedagogical University. The university students at the English department created a bank of teaching materials and took part in preparation  of the classes and assisted the school teachers during the visit.

The guests from Oxford enjoyed a wide cultural programme including a tram excursion of historical sights and modern districts of Perm, visiting open-air Ethnography Museum at Khokhlovka,  participating in folk games and festivities, tea-parties with “bliny” (Russian pancakes) and culinary masterclasses to cook traditional Russian food.

The visit programme was completed by the delegates participating in the international section of the IV Young Researchers Conference traditionally held by the Foreign Languages Faculty of the Perm State Humanitarian- Pedagogical University. 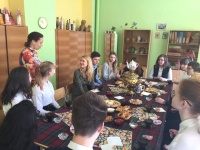 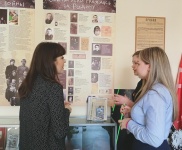 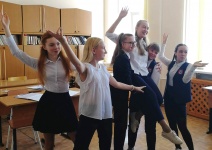