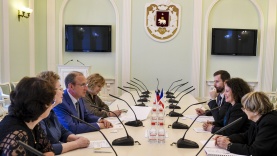 Perm Mayor Dmitry Samoylov hold a reception at the city administration for the Ambassador of France in Russia Ms Sylvie Bermann to discuss the prospects of future cooperation.

In his welcoming speech  Dmitry Samoylov noted that the successful development of Perm is based on a unique balance of industrial and humanitarian components.

- “Historically, Perm has always been an industrial city, but it was in Perm that the Ural’s  first university and opera and ballet house appeared.  At present we are developing both industrial and social spheres, promoting international and inter-confessional links and public relations”, the Mayor stressed.

Ambassador Bermann shared her impressions of the city and in particular, the concerts of the French musicians  as part of the Dyagilev Festival in Perm Opera and Ballet Theatre and the her visit to School No 22 which is a school with an advanced curriculum  for French.

- “I have been very much impressed by School No 22, the teachers and students are just wonderful.  I handed over to the school  a special award -  “LabelFrancÉducation”. In Russia this award had been given only to  three schools in three Russian cities – Moscow, Saint Petersburg and Perm”, said Sylvie  Bermann.

LabelFrancÉducation  is a special seal  from the Foreign Ministry of France  granted to schools  promoting  French language and culture as part of their specific curriculum.  There are 285 schools in 53 countries worldwide which enjoy this quality mark for the French bilingual education.

The key event during the Ambassador’s visit was her participation in the ceremony for 15 years anniversary  of “Alliance Française  Perm”,  a culture and educational organization set up in 2004 with the support of the French Embassy in Russia and the Administration of Perm City.

In the meeting with the Mayor of Perm,  Ambassador Bermann  touched upon the issues of the  300 years anniversary of Perm City foundation and  the residents involvement in managing the city as a democracy process.  She  confirmed the intention of the French partners to take part in Perm Public Forum in November 2019,  as discussed earlier in the meeting of  the Vice-Mayor Lidia Korolieva and Daniel Mathieu, the French Embassy  Advisor  for social issues.  As Mayor Samoylov noted, this year the Forum will be  focused on experts opinions on practical issues and projects; in the future, it  will be possible to bring it to a higher level and involve mayors of the cities.

- “ It is our intention to make our city even more comfortable and safe for the residents and to create the environment for the self-acualization of the young people,”  said Dmitry Samoylov; he invited  Ambassador Bermann to join the 300 years celebrations in Perm in  2023. 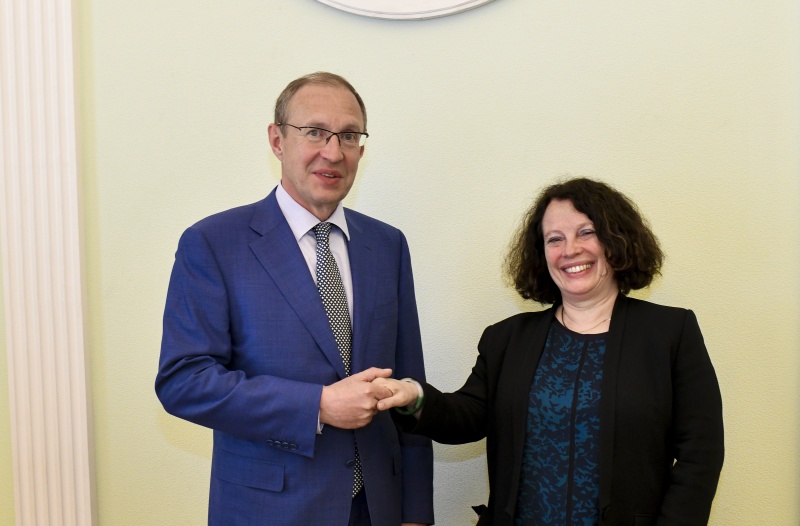 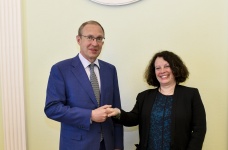 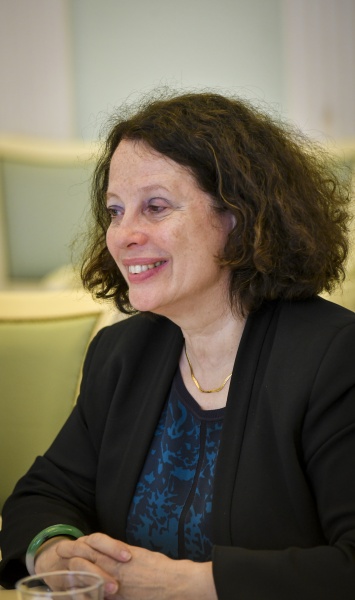