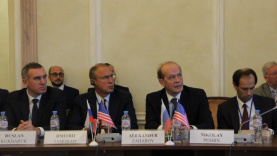 Mayor of  Perm City Dmitry Samoylov took part in  First Russian-American Municipal Forum organised by the Union of Russian Cities with the support from “Sister-Cities International”, the American non-governmental organisation. The Forum, choosing the Russian Federation Civic Chamber as its venue, brought together over 80 participants representing mayors of Russian and American cities, the Russian State Duma and Federal Assembly  members,  representatives of the Russian Foreign Ministry.

Twinning links between Perm and Louisville have been  developing for 25 years now, featuring a large number of exciting events and many successful projects benefiting both cities residents in a range of aspects, including city management. Perm has succeeded in introducing the experience gained in our American sister-city by building the Extreme Sports Park and organising the call-center for the residents.  The regular monthly meetings of the mayor with residents  use the adapted  format designed by the administration of Louisville (Mayor’s Community Conversations).

In his presentation “Development of municipal diplomacy: challenges and prospects of Russian-American municipal  links” Dmitry Samoylov pointed out the importance of the efforts contributed by the activists into development of twinning movement and stressed that it is the people-to-people relations and links between the cities that will help keep up common grounds and maintain the mutually beneficial links between the countries.

The Forum was attended by the Chair of Perm-Louisville Sister Cities Committee Valery Voloshin and his counterpart from Louisville Thomas Dumstorf, charing   Perm Committee of Sister-Cities of Louisville who came over across the Atlantics to meet his colleagues from Perm.  In his speech at the Forum Tom Dumstorf noted that the cities have to work together to overcome the challenges of the 21st century in environment protection.

Mayor Dmitry Samoylov invited the delegation from Louisville to take part in the festivities to mark the 75th anniversary of the Victory in May 2020, the invitation being accepted with enthusiasm.

It is commonly known that the success of Perm-Louisville link is largely rooted in a certain “similarity” of the two cities: both are located in the center of the country, Perm ranking the 14th and Louisville – the 16th in terms of size. Both cities stand on a big river – the Kama and the Ohio. Even the landscape features look the same- both have a railway stretching along the embankment and separating the city from the river – a problem which both local authorities have to tackle. Both Perm and Louisville are strong industrial and university centers. 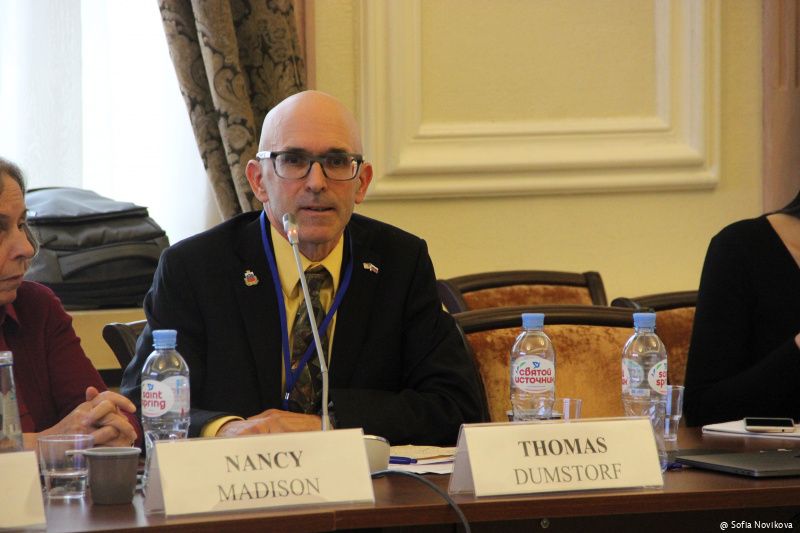 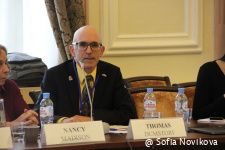