The VIII Perm Festival of Languages took place on May 30, 2020 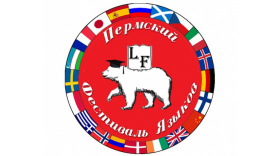 The Perm Festival of Languages is an event that brings together all people who are interested in languages and cultures of different peoples. The Festival’s main purpose is to acquaint guests with modern and ancient, new and little-known languages, to speak more about familiar languages and cultures, to help everyone choose a language that he or she would like to start learning.

This year The Festival was held online. Throughout the day, since 12.00 p.m.), there were 50-minute presentations of different languages and lectures on ethnic cultures. Traditionally, the events of the Festival were divided into 7 sections. The performances were live and everyone could ask questions to presenters in writing.

Besides, all participants had a opportunity to listen to informative lectures on the world folklore, preservation of native languages of the peoples of Russia, linguistic typology, language grammar, psycholinguistics and child speech.