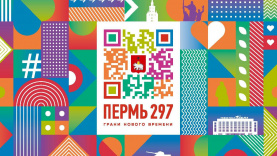 Festivities dedicated to Russia Day and Perm City Day will be held in Perm on June 12. The cultural program for the holidays will consist of 121 online events including quizzes, challenges, virtual tours, flash mobs, performances and concerts.

For example, during the carnival ‘Perm the Bright’ (June 7-12) there will be held the best carnival costume contest. During the same period, Perm residents will be able to congratulate the city from their favorite place through #МояПермь (My Perm) Challenge. On the eve of the City Day, June 11, there will be an online quiz on Perm history. In addition, Perm residents may participate in The Russian Flag in Every House flash mob - everyone can display the Russian flag in the windows of their homes or on balconies, and photos can be posted in social media with specified hashtags.

On June 12, the regional VETTA TV channel organizes a daylong telethon (11AM-8PM). The viewers will see stories about outstanding people and factories that contributed to the development of the city, various concerts, music videos, teleconferences with Perm krai municipalities and a series of video sketches A Day in the Life of the City.

Every year, winners of Perm award for outstanding achievements in culture and the arts are announced on City Day. And this year is no exception. During the telethon, there will be honoring the award winners, as well as the ceremony of awarding commemorative plaques on the Valor and Glory Alley.

On the eve of the City Day, the Department of Culture and Youth Policy of Perm Administration together with the Perm Art Gallery will launch the Museum Street project.

The Museum Street will comprise four open-air exhibitions, which will acquaint citizens with the works of art of the XVIII-XX centuries from the collection of the Perm Art Gallery, as well as with the works of contemporary young artists representing the current art trends in Perm.

On June 12, regional theaters, museums and libraries will also hold special events dedicated to Russia Day and Perm City Day. Not only Perm residents but also people across the world will be able to see the best performances of the Perm theatres – Perm Drama Theatre and Perm Opera and Ballet Theatre and the Perm Regional Philharmonic Society. It will be possible to learn more about Russian history and the history of Perm in particular with the help of special museum projects and video tours.

On the City Day, the Perm Opera and Ballet Theatre will start a series of retrospective broadcasts of the International Diaghilev Festival. Every evening at 7PM (June 12-21), viewers from all over the world will have a chance to indulge their love for classical music, and innovative opera and ballet performances. The broadcasts will feature the most successful performances from 2012 to 2019 and will be available at https://permopera.ru/en/media/mediatec/.

It is worth noting that online performances of only three regional theatres and the Perm Regional Philharmonic Society have attracted almost 2.5 million people from 18 countries and 8 regions of Russia in the past two months.