Perm, Louisville and Oxford took part in “The experience of twinned cities in preserving common memory of the Victory over fascism in World War II” conference 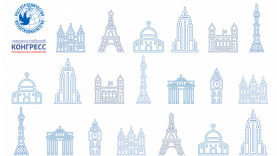 ROSSTOTRUDNICHESTVO, Federal Agency for the Commonwealth of Independent States Affairs, Compatriots Living Abroad, and International Humanitarian Cooperation, and The All-Russian Municipal Congress held on-line conference “The experience of twinned cities in preserving common memory of the Victory over fascism in World War II” devoted to the 75th Anniversary of Great Victory.

The city of Perm together with its twinned cities – Louisville and Oxford – were invited by the conference organizers to share their experience in creating the electronic exhibition “Contribution to the Victory”, that opened on May 7, 2020 hosted by   the Perm City Archive website.

Each of the twinned cities has its story to tell about the efforts contributed  by  their citizens towards  the common victory and the exhibition provided the context to tie these stories together.  Modern technologies made it possible for the conference participants to actually hear those partners who put their enthusiasm into the join project. Carrie  Daniels, Director of Louisville University Archive (USA) commented: - I think Sister Cities exhibits like this one help me to show our students how all of us “home front” people were contributing – that my mother had “sisters” in Perm and Oxford, also contributing to Victory.  I think it is tremendously important for us to understand our interconnectedness, and this exhibit helps to draw those lines.

Angela Charlton , International Officer from Oxford City Council and Karen Hewitt, the Chairman of Oxford-Perm Association (the UK)  stresses that the exhibition was being prepared during a difficult time of  lockdown; however, many of the Oxford residents  put a lot of efforts into searching and compiling the archive evidence and photos. Many of them shared their family’s memories and  documents from private archives.  This made it a truly collaborative project in the full sense of this word.

Tatiana Grigorieva,  Head of the International Relations Department  at Perm City Administration noted that this successful project provided a strong impetus for the new ideas and endavours which may bring the links with Oxford and Louisville onto a new level.