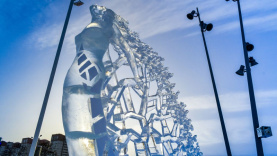 In Perm, on the esplanade, the work of sculptors - participants of the VII Russian Cup in Snow and Ice Sculpture - is over. The theme for this year's event was Elusive Beauty, which gave maximum freedom of expression for sculptors. The sculptures will go on show to the public from 14 January until 15 February.

It is important to note that the Russian Cup in Snow and Ice Sculpture is a biannual and very prestigious completion held in Perm and supported by the Russian Ministry of Culture. Usually it attracts snow and ice sculptors from across the world. This year, thirty participants from fourteen cities in Russia and Belarus came to Perm to take part in the competition. The work on the site began on January 7. Working in teams of two, competition participants created fifteen sculptures. The teams had five days to complete the task chipping away at their sub-zero canvas. Some sculptors had competed here before while for others this was their first time. But all have won other ice sculpture competitions - a prerequisite to be selected for the Perm contest.

One hundred cubic meters of natural ice from the pond water outside of the city had been sourced for the competition, and cut into blocks 40 cm thick for the participants to work on. Blocks of ice were transformed into something special here in Perm.

Judges evaluated expressiveness, originality of idea, and technical skill. The sculptures had to be at least three meters high from the podium level.

The competition ran until 12 January, when the winners were announced.

2nd place - Vassily Argunov and Anatoly Argunov "A journey into the immensity" (Yakutsk).

A special prize of the jury went to Ivan Smirnov and Elena Smirnova "The Experiment" (Perm). 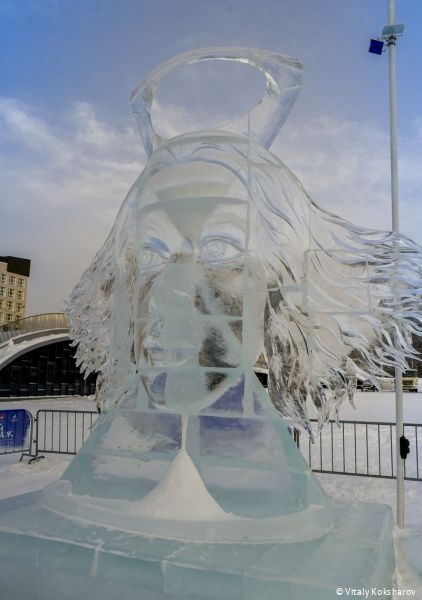 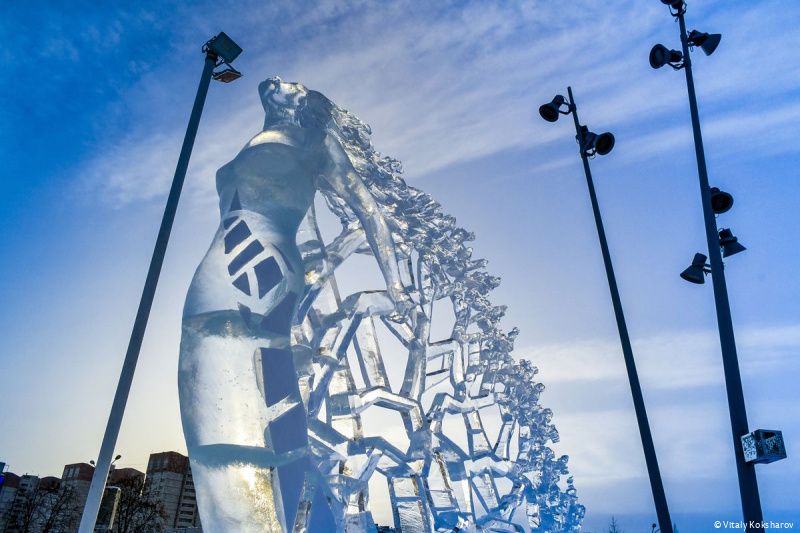 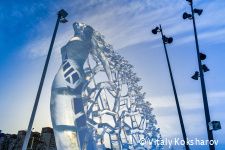 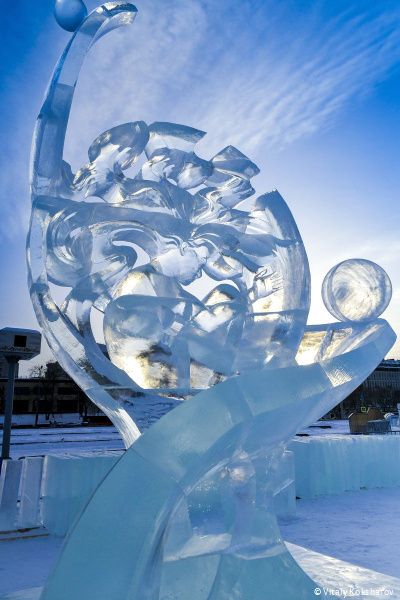 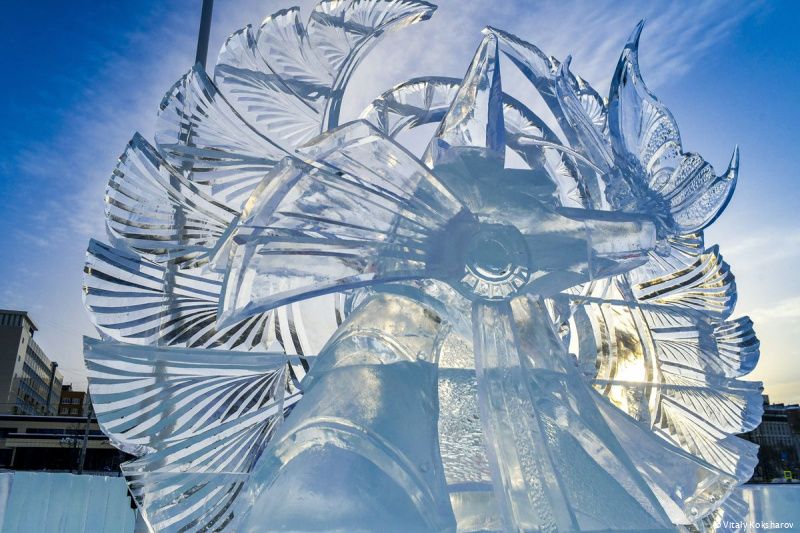 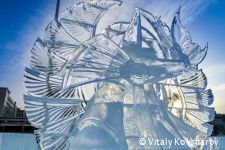 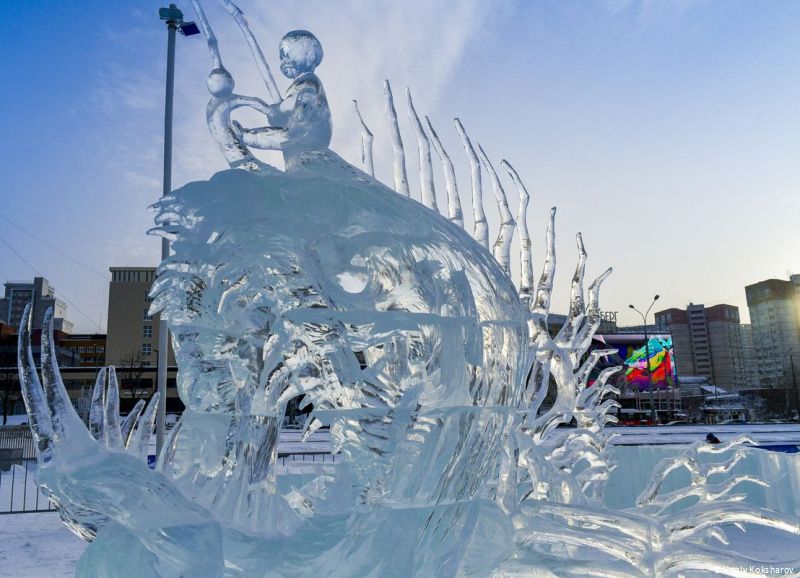 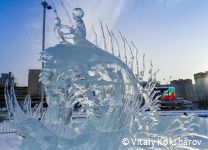 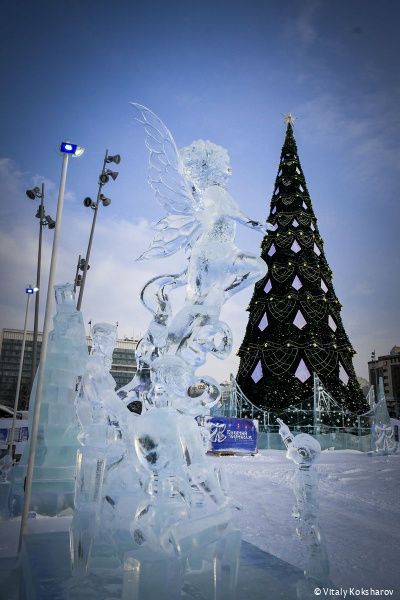 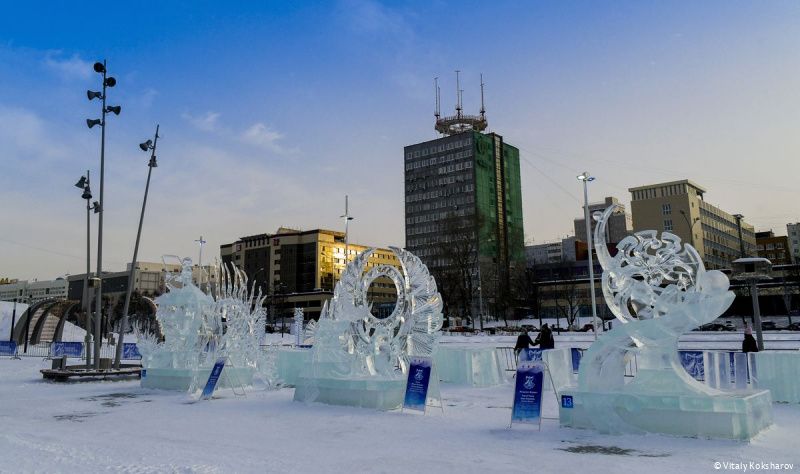 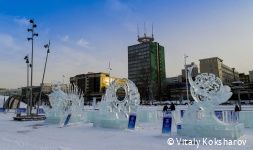 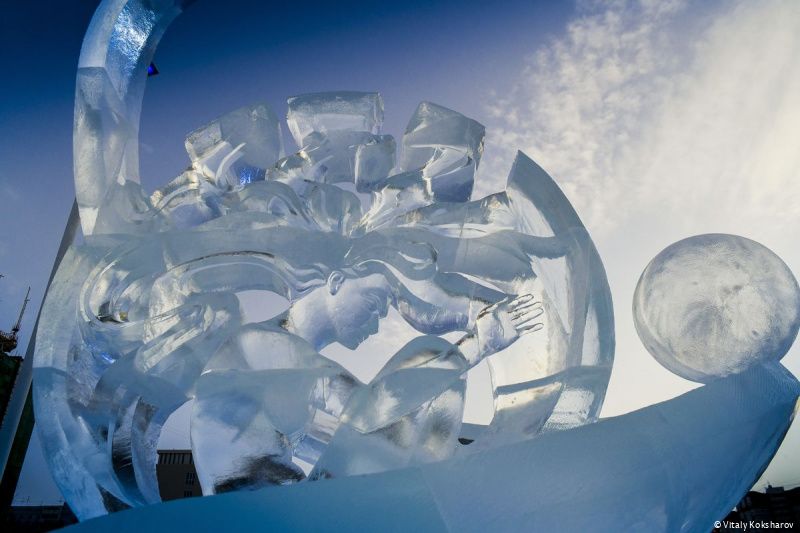 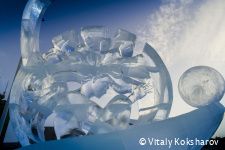 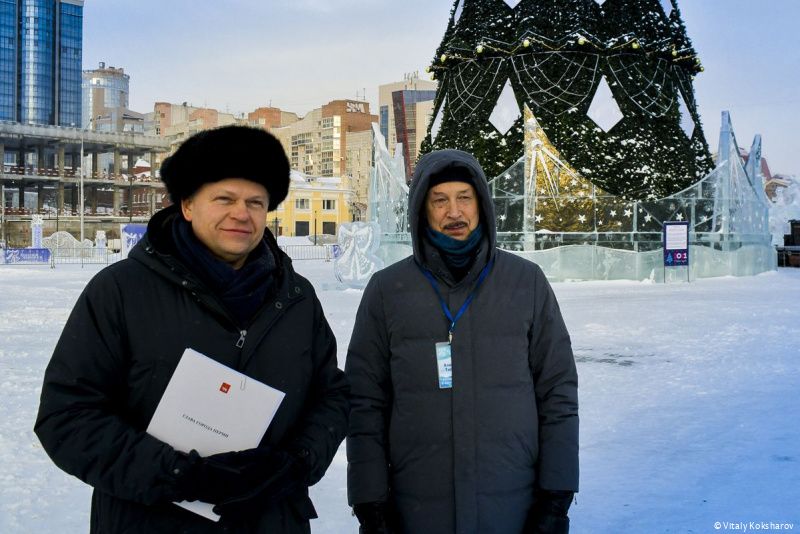 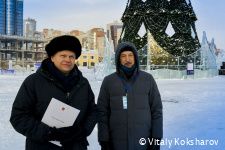 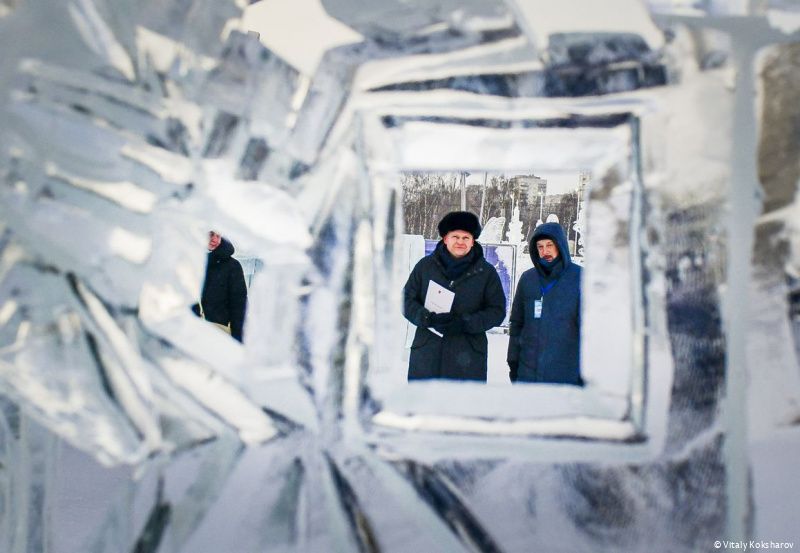 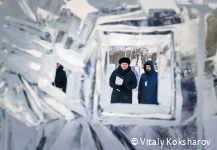